In the old “You won’t believe this department”, I had this conversation with a guy passing through the gate today.

John, can you believe this weather?

Hot. This is the third day in a row with record heat in Victoria.

I believe it. It’s hot just standing here talking to you. Haven’t seen you in a while. Where you been?

You won’t believe this.

So last week I was helping my ex out. I loaded up my $5,000 zero turn lawn mower on a trailer and went over to her place to mow her yard. Just to help her out. Because it was so hot. And I’m a nice guy.

Anyway, I’m out there in the noon day heat just mowing away.

Suddenly I’m attacked by a swarm of killer bees. I put the pedal to the metal and cranked that mower up to the max. 10 MPH. Still, could not get away from them. 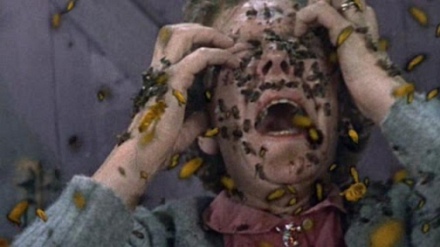 Really. What did you do?

So I jumped off the mower and started running around the yard. All this time I’m getting stung and it hurt.

Finally, because I couldn’t get away from them, I ran into the house and got in the shower.

A few did but most of them were outside, swarming and slamming into the door.

Finally they left and my ex took me to the ER. I got stung 87 times and the Doc said 30 minutes later and they’d of killed me.

I was in a coma for a day and they gave me some serious shots to counteract the stings. Gave me some good pain juice as well.

Man, this is unbelievable.

That’s not all. Several days later I went to pick up my truck and mower and the $5,000 mower was gone. Somebody stole it. My wonderful ex, who I was doing a favor, said it was not her responsibility to watch the damn thing.

Now I know why she’s your ex. I think you should sue her.

This site uses Akismet to reduce spam. Learn how your comment data is processed.